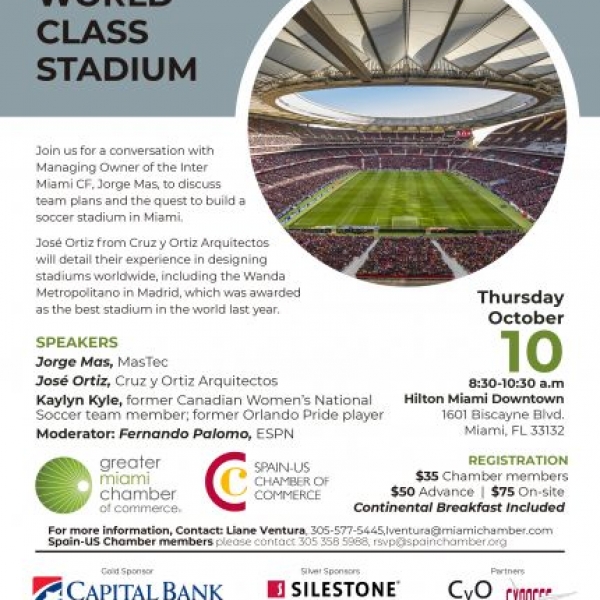 Building a world class soccer stadium in the XXI century: conversation with José Ortiz in Miami

Spain US Chamber of Commerce: How to innovate the classiest sport of all times? Soccer rules may not change but stadiums actually are. The temples of soccer are not about the field anymore. Modern designs, luxuries and all kind of amenities is what the future holds. A whole new world for a 90-minutes experience.

Join us on October 10th at breakfast alongside an exceptional panel to discuss how to innovate on soccer, the needs and wants the new century requires.