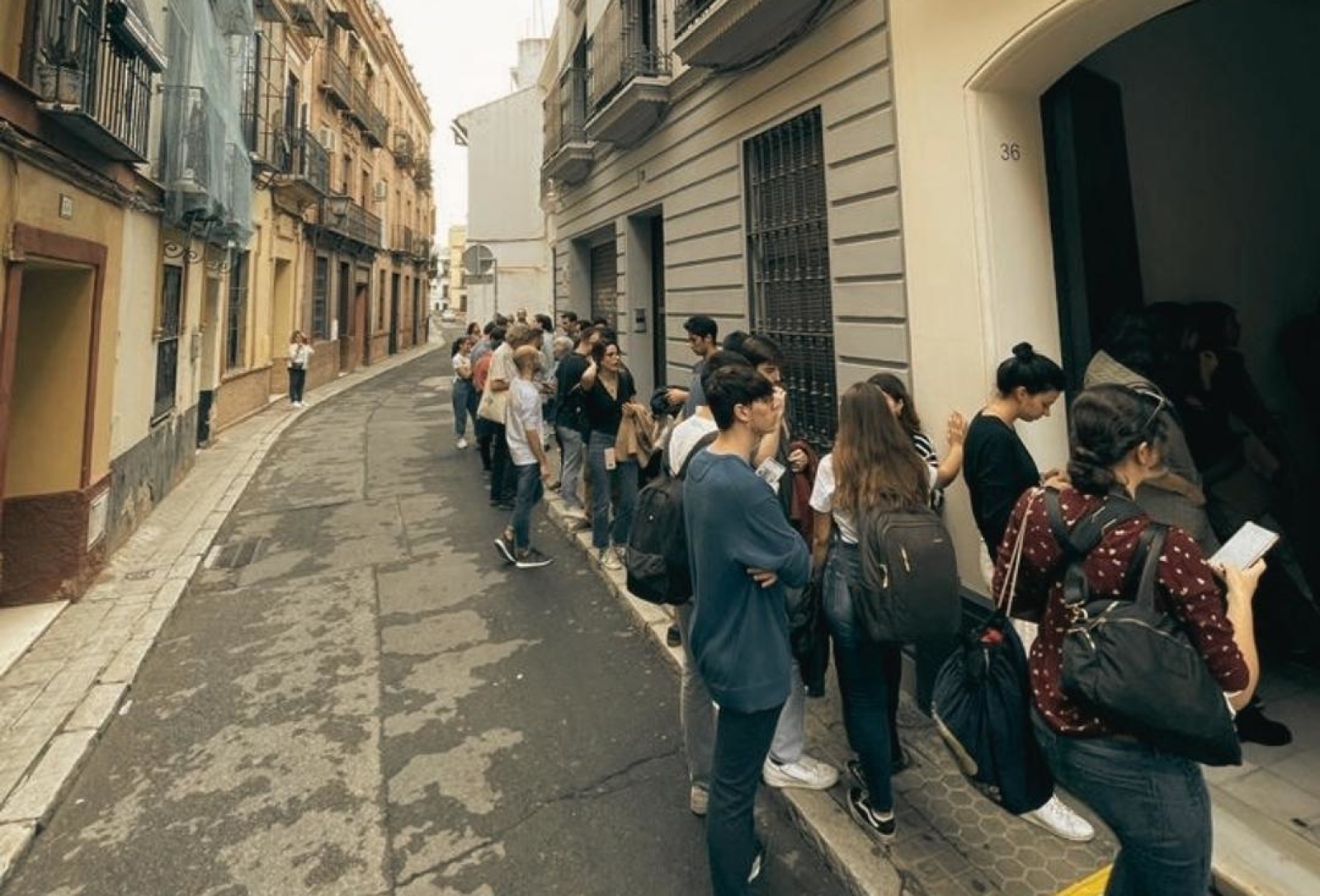 During the celebration of Open House Sevilla (International Architecture Festival), Cruz y Ortiz Arquitectos opened the doors of their studio last 21st of October. The turnout was so massive that four separate groups had to be organised to tour the interior of their office. The architect Sergio Mota, from Cruz y Ortiz Arquitectos, showed the visitors the different uses and spaces of the studio.

Other buildings selected by the organisation of Open House Seville were the Infanta Elena Provincial Public Library (Cruz y Ortiz Arquitectos, 1999) and the “Picasso” Building (Cruz y Ortiz Arquitectos, 2016). Both of them could be visited last Friday. Open House Worldwide is an annual festival that since 1992 and for 48 hours, shows for free emblematic buildings of the most important cities in the world. In 2022 Seville has become part of the Open House cities.

Among the 46 buildings selected this year, we can find the Bank of Spain (Antonio Illanes del Río, 1928), the Seville Mushrooms (Jürgen Mayer, 2011), the Navigation Pavilion (Guillermo Vázquez Consuegra, 1992 / 2011), the Faculty of Mathematics (Alejandro de la Sota, 1974), as well as the three mentioned buildings by Cruz y Ortiz Arquitectos. Cruz y Ortiz Arquitectos considers very important to support these initiatives, so rare in Spain, which promote through education the importance of good architecture, design and urban planning.